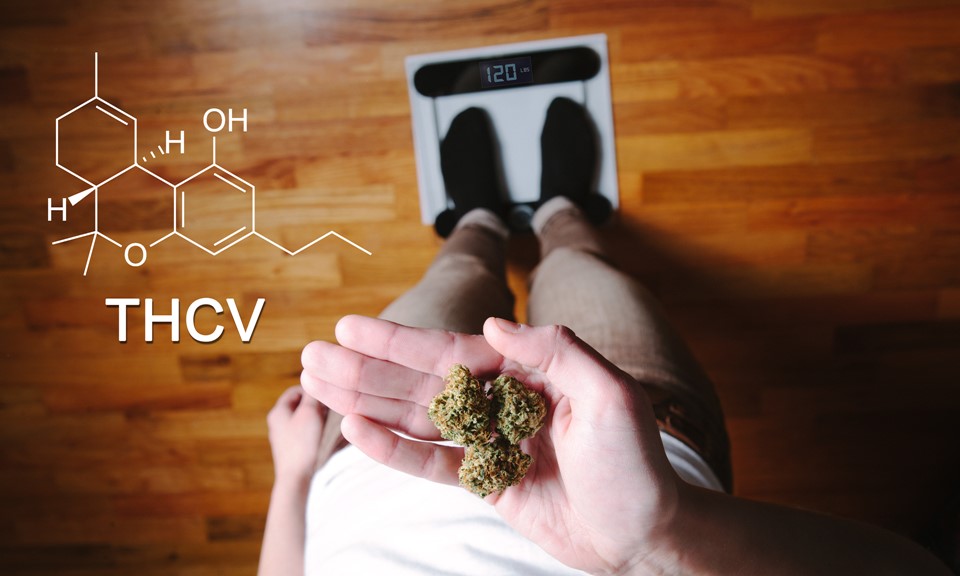 THCV, or tetrahydrocannabivarin, is a compound in cannabis that offers a unique array of effects and medical benefits that sets it apart from other cannabinoids like THC and CBD. Whether you’re a medical marijuana patient looking for a particular type of relief or a casual consumer chasing a specific effect, we’d like to introduce you to this fascinating compound that’s sure to make major waves in the cannabis world as we discover and utilize its full potential.

What are THCV’s Effects and Benefits?

As its name suggests, THCV is similar to THC in molecular structure and psychoactive properties, but it provides a variety of pronounced and altogether different effects. A note for vaporizer enthusiasts: THCV has a boiling point of 428 °F (220 °C), so you’ll need to turn it up higher than you would THC.

Where Can I Find THCV?

So you’re looking for the effects mentioned above, but you aren’t sure where to start your search for high-THCV strains and products. Most strains only contain trace, undetectable amounts of THCV, making it difficult to achieve the desired therapeutic effect. We can assume that more THCV-rich products will be introduced alongside its growing popularity, but in the meantime, here are some useful hints for locating this rare therapeutic gem.

This list is by no means comprehensive, but it includes strains best known for their tendency toward higher-than-average THCV contents. These strains can be consumed in flower form or they can be processed into extracts, oils, and edibles for a higher concentration of cannabinoids. A few of the strains below, like Doug’s Varin and Pineapple Purps, were specially bred to contain higher levels of THCV. Again, be sure to steer your choices toward African sativas as they tend to contain the most THCV.

This website uses cookies to improve your experience. We'll assume you're ok with this, but you can opt-out if you wish.